What is Maca?
Maca (Lepidium meyeni) is a tuberous plant grown high in the Andes Moutains of Peru. It is grown for its fleshy root which has been used as a food and herbal medine by the native Peruvians for thousands of years in order to promote endurance, improve energy, vitality, sexual virility and fertility. Macca is commonly called Peruvian ginseng

Who can use Maca?
Maca has become a popular fertility herb with both men and woman alike. Studies carried out with men have have shown success in improving sperm health, increasing sperm count and strengthening sperm motitility as well as increasing libido and sex drive. Macca has the ability to effect key hormones and reproductive functions without actually containing any hormones itself.

As a root vegetable Macca long-term use as a commonly eaten food suggests low potential for toxicity. There have been no reported side effects or evidence of adverse reactions from taking Macca. However it is recommended that it be avoided during pregnancy or lactation due to a lack of safety and efficacy data. Likewise patients with tyroid conditions are advised to avoid maca because glucosinolates taken in excess and combined with a low-iodine diet can cause goiter.

Available in the following size:
60 Capsules

Clinical Studies
Numerous studies on the fertility-enhancing and aphrodisiac properties of maca are documented in scientific literature. As yet the the exact mechanism of action is not yet clear.

Maca has been used traditionally to enhance fertility and sexual performance in both men and women and to relieve menopausal symptoms (1). Animal studies show increased sexual function (2). One human study showed increased libido (3), while another showed improved sperm production and sperm motility (4). Both studies showed that physiologic effects were not due to serum hormone levels.

The most confounding question about maca's effect is its ability to influence sexual performance without affecting serum hormone levels such as luteinizing hormone, follicle stimulating hormone, prolactin, testosterone and estradiol (6). It is therefore assumed that maca acts on the receptors for these hormones (4). Both methanolic and acqueous extracts of Maca exhibit estrogenic activity in vitro (7). Alkaloids purified from the maca root are thought to affect the hypothalamic-pituitary axis, explaining why maca can induce effects in both sexes (5). 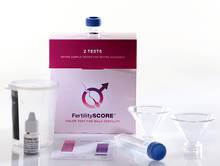 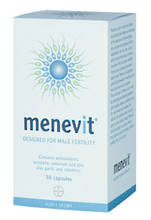